Just over a week to go until the start of the Glasgow International Comedy Festival 2016!

Well it’s almost that time again! We’re just over a week away from GICF 2016 and final preparations are well and truly underway.

But who to see? What to do? First and foremost, make sure you heard on over to www.glasgowcomedyfestival .com – for all the shows on offer this March. You’ll even find some handy tips on possible travel options and getting around Glasgow in our ‘Getting Here’ section.

We’ve got top comedy stars from around the UK and beyond coming just to entertain you, so take some time, have a browse, and be sure to step out of your comfort zone. You won’t regret it!

LET’S HEAR IT FOR THE SCOTS

With a strong Scottish flavour across the board, this year’s programme includes performances from Frankie Boyle who has a 3 night run at the Clyde Auditorium; character comedy from Scot Squad’s Grado and Chief Commissioner Cameron Miekelson, both appearing live at the Kings Theatre. Established Scottish acts such as Des Clarke, Daniel Sloss, Craig Hill, Mark Nelson, Gary Little and Janey Godley are lined up alongside rising talents from Scotland’s creative comedy scene including Fern Brady, Ashley Storrie, Darren Connell, Chris Forbes and Jamie Dalgleish. Whilst at the Griffin, alternative comedy collective Chunks take over for the duration of the festival.

COMEDY FOR ALL AGES

As always, this year’s programme caters to all ages, with a special programme of events for younger comedy fans.

Learn ‘How To Drive A Bus’ with Bob Slayer’s award-winning double decker Blundabus pulling up for a residency at Candleriggs, or get giggling with Watch With Baby Comedy at The Glad Café.

COMEDY FROM AROUND THE WORLD

The International programme is headed up by the well-established and now prestigious ‘America Stands Up’ showcase on March 26, 2016 at the Stand Comedy Club.  This year is no different – with Unbreakable Kimmy Schmidt’s Marlena Rodriguez, Conan’s Sean Patton and Comedy Central’s Dave Hill. Hosted by award winning comedian Scott Capurro.

This year the Glasgow International Comedy Festival have teamed up with BBC Comedy to host a comedy writing workshop in the Stand Comedy Club and will also see the return of the highly successful collaboration with the Sunday Herald on topical discussions. You can also join the creators and producers of the smash hit comedy Scot Squad for an interactive improvisation workshop. Learn the scripting techniques behind the scenes and play the improvisation games that keep the comics sharp and quick.

GICF will also be talking comedy, women, feminism and more with Standard Issue at Oran Mor.

To find out what else is on at this year’s festival and to book tickets, click here.

STAND UP AGAINST MND! 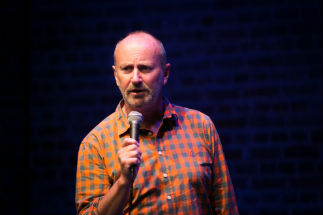 A galaxy of comedy stars are coming together for a show to help MND patient and campaigner Gordon Aikman raise money for research into the disease that's killing him.

Scottish comedy legend Fred MacAulay ('rib-achingly funny, one of the funniest men alive' - Sunday Times) introduces a series of the festival’s hottest tickets including a very special TV comedy star guest (to be revealed on the night!).
SEE THE LINE UP HERE. 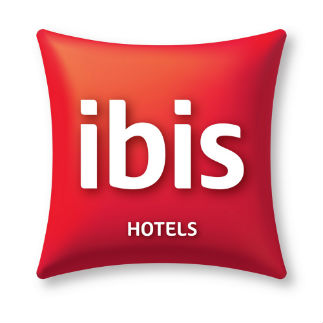 Coming to the festival this March? Looking for somewhere to stay? Then look no further...

As the proud hotel sponsor of the international Glasgow Comedy Festival 2016, you get the last laugh with ibis! With 3 personalities and 1800 hotels around the world, there will always be a hotel for you at the ibis family!

Let yourself be pampered at ibis hotels where your sleep is our priority, fizzle with fun at ibis Styles where each hotel is unique. Or why not travel savvy with ibis budget, essential comfort at low prices.

Listen to Drivetime on Clyde 1 all this week to be in with a chance to win a fabulous Glasgow International Comedy Festival Golden Ticket!

This very special prize offers one lucky listener and a friend the opportunity to choose from the entire festival programme running from 10 – 27 March and see as many shows as they like!  Choose as many shows as you can fit in, including sold out shows!

Tune into Drivetime on Clyde 1 everyday 3pm - 6pm for your chance to be a winner. Plus listen out for top comedy interviews, daily listings and reviews across the coming weeks as Glasgow International Comedy Festival fever takes hold!