Well it’s almost that time of year again... Christmas is well and truly on it's way!

But before we close for the Christmas holidays, we have one or two things we'd like to share with you. 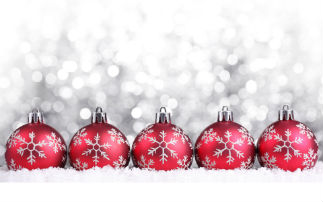 Our infamous Burn's Night Comedy Gala is taking London by storm on Jan 25th, and we've just announced the final line-up! This is London’s chance to see snippets from some of the leading acts who will be performing at the GICF in March.

If you fancy coming along, GICF's Burn's Night Comedy Gala will be on Monday 25 Jan, Leicester Square Theatre, 8pm.

You can also check out all our headliners HERE.

The full GICF programme will be launched on the 13th January, and inserted in the Sunday Herald on the 17th January

We'll also be releasing extra shows and tickets so keep your eyes peeled! Check our website and social media pages for regular updates.

The GICF office will re-open in January, until then, we all wish you a very Merry Christmas and a Happy New Year... See you in 2016! 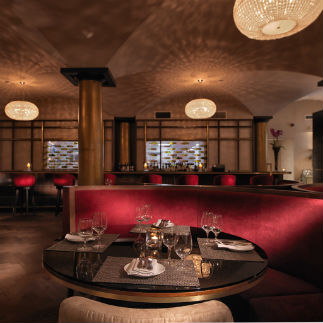 We’re delighted to announce that Malmaison Glasgow are one of our hotel partners for 2016!
This daringly different hotel is a former Greek Orthodox Church in the centre of Glasgow - an excellent base from which to explore the top quality shopping, art galleries and theatres on our doorstep. At the heart of Malmaison Glasgow is Martin Wishart's brand new restaurant The Honours.
With its glittering domed ceilings and relaxed 'brasserie-style' service, The Honours is truly a step up from the usual restaurant fayre. The critically-acclaimed menu and luxurious but relaxed atmosphere has caused a real stir in the city.
Featuring a mix of traditional and modern French cuisine, The Honours is available for lunch, dinner and private dining.
Malmaison have a host of superb offers throughout December, especially as part of their restaurant.
Enjoy a 5 course tasting menu this New Year's, designed by Michelin-starred chef Martin Wishart at £99 per person. Full vegeatrian menu also avaliable. Go on, start 2016 in style...
CLICK HERE FOR MORE INFO